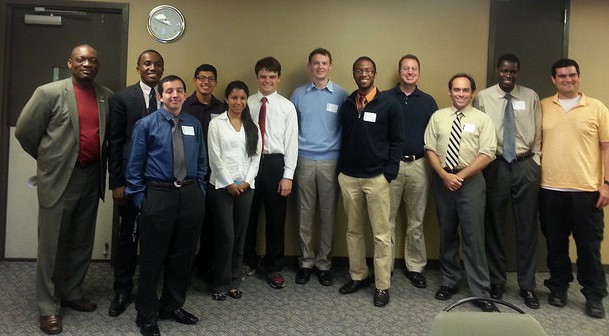 Morehouse Physics Bridge Fellows had their culminating event for the summer on Thursday August 14th, with presentations at the annual UCSD Summer Undergraduate Research Symposium. After 8 weeks of hard work in labs, on the computer, or at on-site facilities, each of the students had a great deal to pack in to their 15 minute presentations.  We were also fortunate to have the Morehouse Chair of Physics and Dual-Degree Engineering, Dr. Willie Rockward, present for the day.

Here are the titles and abstracts of the presentations, along with some photos of the talks. 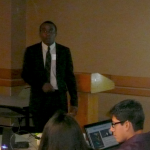 Characterization of the M Dwarf Binary System GJ 660 1.AB Separated by Over 120 A.U.

We present a characterization of the binary star system GJ 660 1.AB, a pair of nearby M dwarfs for which we have obtained resolved near-infrared spectra with the SpeX spectrograph. We used these data to classify both components and compare their spectra to theoretical models to infer physical properties. Previous work by Schneider et al. indicates that the binary system is separated by a distance of ~120 A.U. In addition GJ 660.1B is ~4 mag fainter than the host star in the J -band. This characterization of GJ 660 1.AB is important because it will identify whether this system should be considered as a benchmark and contribute to the understanding of binary systems of cool stars/dwarfs. 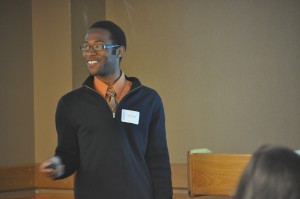 Time Evolution of Helium-4 and Deuterium in Big Bang Nucleosynthesis

Sterile Neutrinos are a primary candidate for dark matter. Their origin is unknown, yet it is plausible that a lepton asymmetry could generate sterile neutrinos. In addition, observations of the Cosmic Microwave Background suggest the presence of extra radiation energy density. We aim to investigate how lepton asymmetry and extra radiation energy density affect the abundances of Helium-4 and Deuterium as determined in Big Bang Nucleosynthesis (BBN). We will utilize the Wagoner-Kawano code which employs a second order Runge-Kutta differential equation solver to time evolve the electron chemical potential, temperature, and baryon density as well as nuclear abundances. The first three quantities are significant because they are the thermodynamic variables that describe the early universe, hence setting the environment for the production of the light elements during BBN. We will compare the deviation of these abundances due to lepton asymmetry and extra radiation against the standard model for primordial nucleosynthesis. 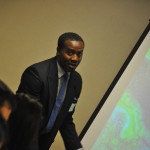 Hydra have the ability to regenerate their entire bodies from dissociated and reaggregated cells. A key step in the regeneration of Hydra from cellular aggregates is the separation of cell types to form the two characteristic epithelialized body layers, endoderm and ectoderm. The two cell types segregate such that endoderm occupies the inside and ectoderm occupies the outside of the cell aggregate, corresponding to their proper arrangement in the animal.

A popular theory, the Differential Adhesion Hypothesis, suggests that cell types separate from each other because of differential interfacial tissue tension. For interacting tissues, the tissue with the higher surface tension should end up in the interior, and thus in the case of Hydra correspond to endoderm. Using parallel plate compression, we can measure the surface tension of the two tissues thereby determining whether this theory alone can explain the cell arrangement during Hydra regeneration or whether additional parameters need to be considered.

Regenerating Hydra aggregates are a powerful system to study fundamental processes of pattern formation because they are accessible to quantitative physical measurements and undergo biologically relevant developmental processes. 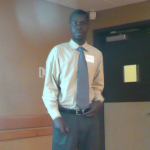 Radio Astronomy of the Local Universe

Jupiter, the biggest planet in our solar system, emits radiation in the form of radio waves with a frequency of approximately 20 MHz. 20 MHz is a frequency that is out of range of what the human ear can hear. Our group will be building an antenna, called Radio Jove which when connected to a receiver, can detect low frequency signals, like Jupiter’s 20 MHz radiation. The goal is to transduce these radio waves and those from other celestial bodies like the sun into a sound signal that our ears can hear. This research will enable us to understand the nature of Jupiter’s radiation and also be able to relate it to other radio wave sources. 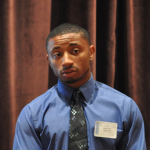 The wrinkling and buckling of thin films is a poorly-understood phenomenon. The study of these dynamics of thin films is gaining momentum in the fields of physics, chemistry, biology, and engineering. Fundamentally, we want to understand how film confinement affects the behaviors of phase transitions in the system. In addition, we are also interested in studying how the particles assemble themselves into thin films. These thin films are observed in various systems of biology. For instance, we see these dynamics in lung surfactants and membranes throughout the body. In addition, with the understanding of these dynamics, we can apply it to design optical coating and films. Utilizing the technique of Dynamic Light Scattering (DLS) we can study the collective dynamics of self-assembled iron oxide nanoparticle thin films. Dynamics dependence on film confinement is determined by placing the nanoparticle sample in a trough and compressing it by an enclosing wall. While under confinement, coherent light is scattered off the surface of the sample at various times. We then use time-resolved correlation of the scattered speckle intensity to analyze the buckling and wrinkling morphological instabilities of thin films.

Congratulations everyone on your great work this summer! 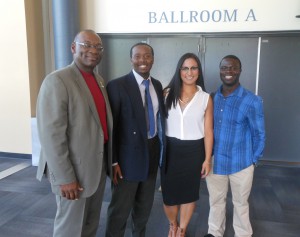 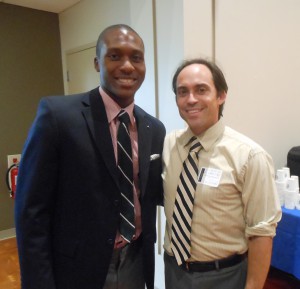