All of the UCSD-Morehouse-Spelman Bridge scholars were on present and presenting at the 2015 National Society of Black Physicists (NSBP) National Meeting, February 25-28 in Baltimore, MD. This Annual Conference brings together a broad range of experts in multiple fields of physics (astronomy, astrophysics, biophysics, condensed matter and materials, physics, high energy, etc.), and is the largest academic meeting of minority physicists in the United States.  It is co-organized in partnership with Associated Universities, Inc. and co-sponsored by the National Science Foundation.

UCSD-Morehouse-Spelman scholars from the 2014 program presented their summer research and networked with representatives from graduate programs, government research labs and industry. There were also science and professional development sessions held throughout the conference.

This was also the first chance for some of the 2015 inductees to meet with the program PIs and learn about research opportunities.

We look forward to more Bridge presentations at next year’s conference! 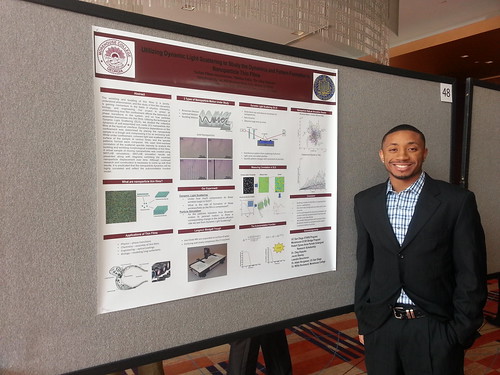 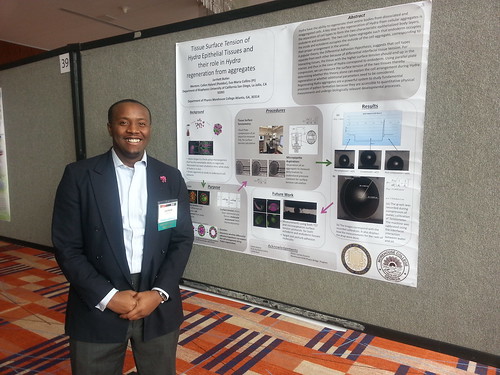 Jarrhett Butler presented his work on tissue surface tension in Hydra organisms and its relevance in regeneration. 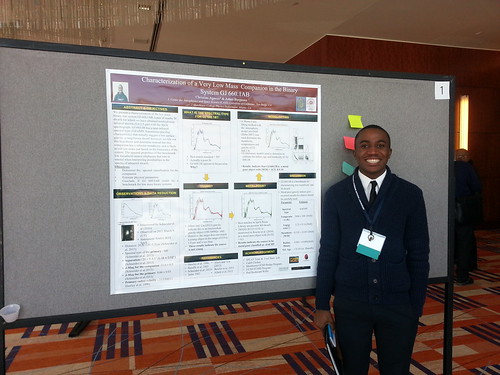 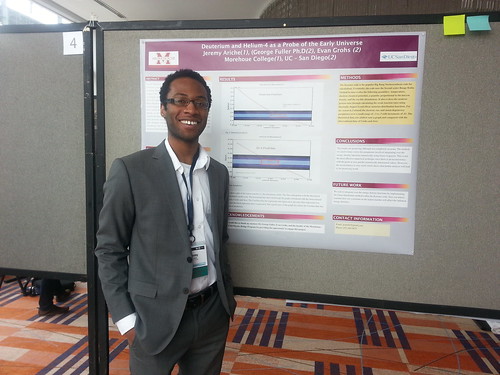 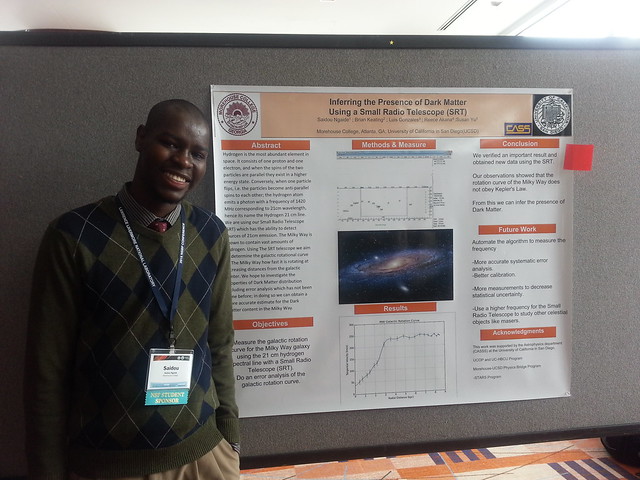 Saidou N’gaide’ presented his work using the Triton Radio Telescope to study the velocity curve of H I gas in the Milky Way. 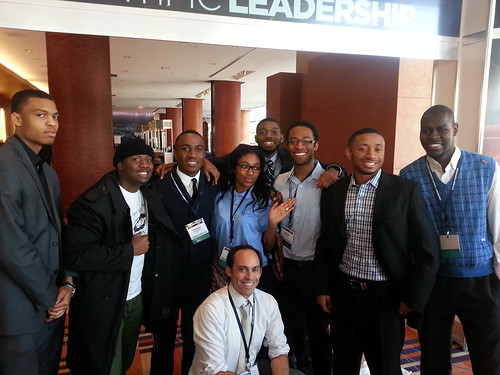