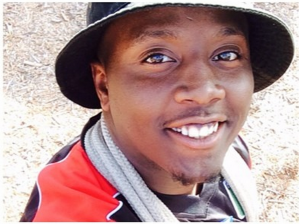 UCSD-Morehouse Physics Bridge Fellow Jarrhett Butler wanted to do more than visit the San Diego community during his time at UCSD; he wanted to contribute to it.

“Being a co-founder of a community outreach organization, outreach is a big part of my life.”

The organization he refers to is SandwichRunAUC, which brings donors and volunteers together to build hundreds of sandwiches for the homeless and hungry.  Jarrhett has co-directed the SandwichRun since April 2014, and one of the first things he asked Bridge Co-director Adam Burgasser when he came to UCSD was whether we could do something like the SandwichRun in San Diego.

It turns out there is an organization that does something like this called Just Call Us Volunteers, which holds regular food making and serving events to help feed San Diego’s homeless. Unfortunately, the closest event spots were all filled up (great volunteering San Diego!), so instead Jarrhett helped organize another service event, serving lunch at the San Diego Rescue Mission. All five of the Morehouse Fellows, and two summer research students from Howard University, spent a mid-day on a Saturday serving our community’s most vulnerable members. 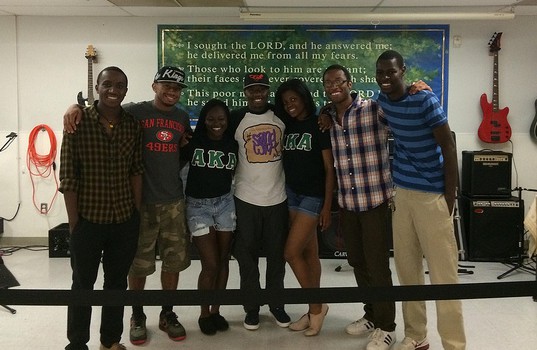 Jarrhett has inspired a new tradition for the UCSD-Morehouse Bridge Program and for STARS, and we thank him for being suc a generous and community-minded leader!

Update: Jarrhett is organizing a Sandwich Run in DC on September 13; you can help by donating at http://www.gofundme.com/cksezk.